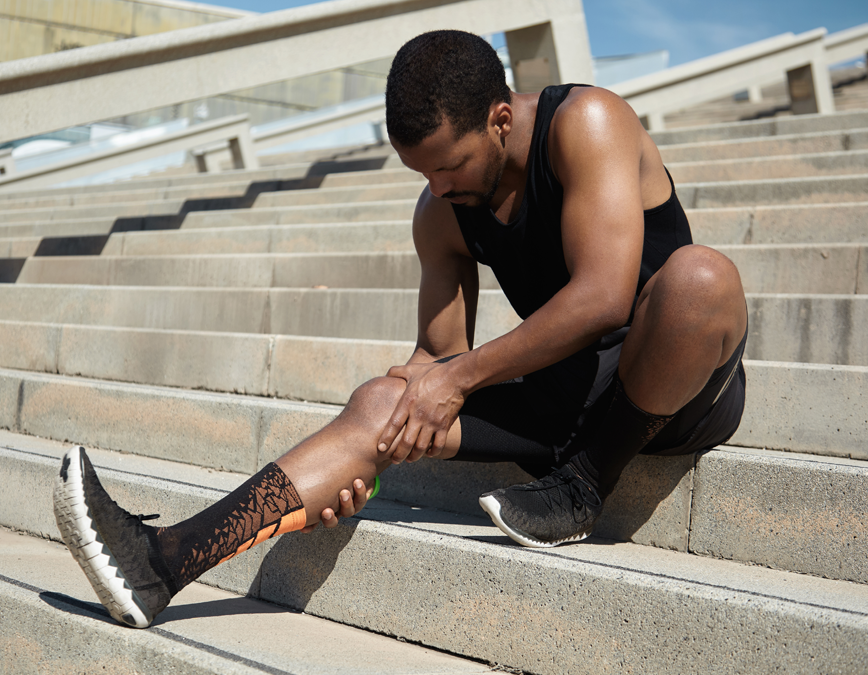 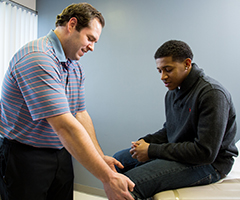 After jumping and turning too fast during a Piper High School basketball game, 18-year-old Ashtin Letcher felt a tightness in his knee and limped off the court. “I could walk,” Ashtin says, “but I couldn’t bend my knee.”

The next day, he saw the team’s trainer who advised him to ice his knee to relieve the visible swelling. Three weeks later, Ashtin still was walking with a limp. That’s when the team’s trainer suggested he see Nick Aberle, M.D., an orthopedic surgeon with Providence Medical Group Orthopedics who specializes in Sports Medicine.

Dr. Aberle did an X-ray and MRI, and diagnosed Ashtin with a torn meniscus, a common knee injury to the rubbery, C-shaped disc that cushions the knee. Dr. Aberle also asked his patient what sport he wanted to be able to play. “I told him my goal was to play football my senior year,” Ashtin says, “and Dr. Aberle said he would do his best to help me.”

To repair the problem, Ashtin had outpatient surgery Feb. 14, 2015 at Providence Medical Center. “My care going into surgery was excellent,” he says. “The nurses were like second mothers to me. They were great!”

Following surgery to repair the tear, Ashtin went to Providence Rehabilitation Services, conveniently located in the same building and continued to consult with the Piper High School athletic trainer. With a lot of hard work and determination, Ashtin had rehabilitated his knee by May and was ready to train for football season.

“I played football all fall, and my knee did great,” Ashtin says. Though the team lost in regionals, Ashtin plans to continue his football career in college, a dream he couldn’t have realized without the advanced care he received from his Providence Medical Center team.

“Dr. Aberle told me straight up what the problem was and what we needed to do to fix it if I wanted to be able to play football,” Ashtin says. “He’s a very good surgeon. I would definitely recommend him and Providence to anyone with a sports injury.”